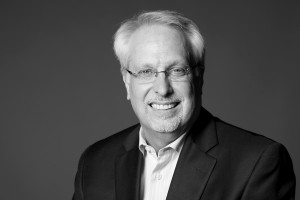 Having recently served as the United States Attorney for the District of Vermont, Mr. Kirby brings over 30 years of criminal and civil litigation experience, along with appellate experience in multiple jurisdictions, to the firm.  Following law school at Northwestern University, where he served as Editor-in-Chief of the Northwestern University Law Review, Mr. Kirby clerked for Judge Robert Sprecher on the United States Court of Appeals for the Seventh Circuit.  The following year, he clerked for Justice John Paul Stevens on the United States Supreme Court.

In 1977, Mr. Kirby joined the United States Attorney’s Office for the Eastern District of New York.  As a federal prosecutor, he handled a diverse range of cases including arms smuggling, narcotics trafficking, organized crime and white collar prosecutions.  He served that office as Chief of General Crimes and Chief of Appeals, responsible for the supervision of dozens of attorneys in cases ranging from serious narcotics and RICO prosecutions, to immigration violations.

Mr. Kirby has practiced in state and federal court in Vermont.  He has been the United States Attorney for the District of Vermont, the First Assistant to that office, and the Criminal Chief.  Among his notable prosecutions is the largest international hashish and marijuana conspiracy to be tried in the that district.  He has supervised literally hundreds of prosecutions and appeals, and has particular expertise in appellate litigation and white collar matters.

Mr. Kirby maintains a Martindale-Hubbell “AV” rating, and is admitted to practice in the states of New York, Vermont and Illinois, as well as in the United States District Court for Vermont, for the Eastern and Southern Districts of New York and the Second Circuit Court of Appeals.  He is also admitted to practice in the United States Supreme Court.