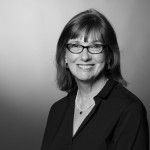 Ms. O’Connor has practiced general civil litigation in New York, Connecticut and California. She has handled business matters for small corporations and litigation ranging from construction law issues to wrongful death.  She has also practiced before the American Arbitration Association.  In 1991, she joined the Office of the Federal Public Defender for the Central District of California.  There, she tried 15 federal cases. including one of only 2 federal prosecutions following the Los Angeles riots (35-year mandatory minimum arson penalty dismissed following 2 hung juries), and one of a series of corruption cases against veteran members of an elite narcotics unit of the Los Angeles Sheriff’s Department (money laundering charges dismissed following 2 hung juries).  Her most notable appeal was United States v. Armstrong, which she argued both en banc in the 9th Circuit and before the United State Supreme Court.  After 5 years of litigation in that case, drug and gun charges carrying a mandatory 20-year penalty were dismissed against her client. In 2015, she was part of the trial team representing Khalid al Fawwaz in the Southern District of New York.

Ms. O’Connor is a past Director of National Training for the Defender Services Division of the Administrative Office of the U.S. Courts.  She has taught law school courses in trial advocacy and writing, and legal education programs on various criminal defense issues.  She has testified before the U.S. House of Representatives Subcommittee on Crime, and was elected to the ABA Criminal Justice Council.  She was chair of the ABA Defense Services Committee.

Ms. O’Connor has written numerous articles and editorials on criminal defense issues for publications including The Federal Sentencing Reporter and the L.A. Daily Journal.  She has appeared as a guest commentator on “Geraldo”, NPR, Good Morning America, Court TV and BET.

Ms. O’Connor is a former member of the 9th Circuit Appellate Panel, and a former member of the District of Vermont CJA Panel.  She maintains a Martindale-Hubbell “Judicial AV Preeminent” rating, the highest possible rating in both legal ability and ethical standards, and was named to its Bar Registry of Preeminent Women Lawyers (top 5%) and the Top 100 by the National Trial Lawyers. She has been named a Super Lawyer each year since 2012.  Her current practice includes civil and criminal litigation, as well as appellate practice and regulatory litigation.  She is admitted in the states of New York, California, Connecticut and Vermont, and numerous federal courts, including the United States Supreme Court.